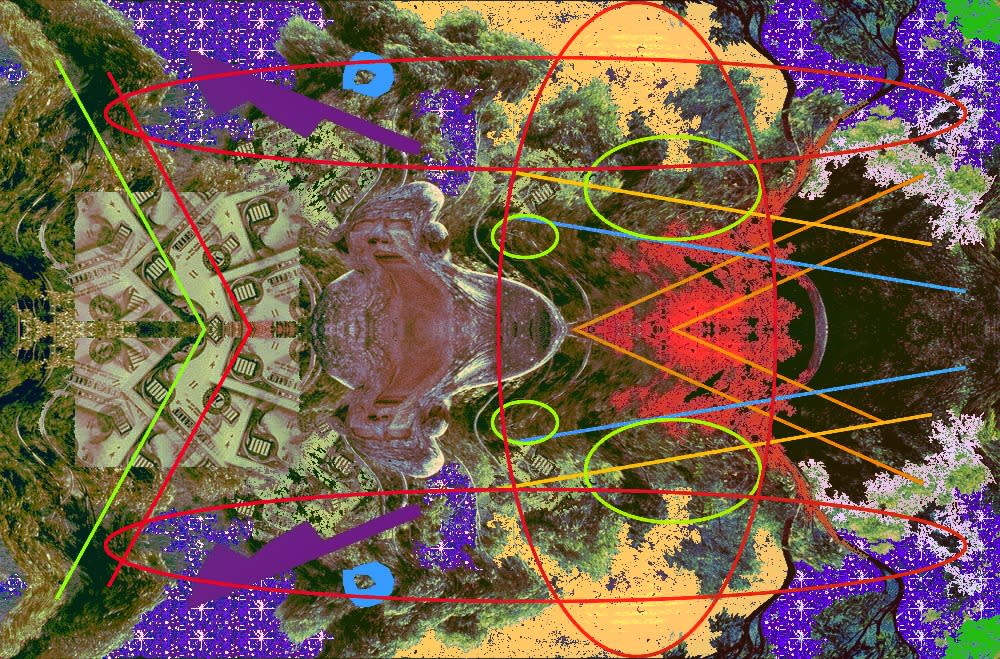 Laozi’s book, known in English as “The Classic of the Way and Virtue”, advocated a socio-political order that most closely resembles anarchism in the Western tradition: the best government is one that hardly exists, a “shadowy presence”.

But Laozi wrote at a time when human organization technology was still quite primitive. In the 6th or 4th century BC There were no tools to organize a society of free individuals without some kind of government, ie. a group of people tell the rest what to do.

“Ruling a large country is like frying a small fish,” Laozi mused, perhaps as a concession. “You spoil it with too much poking around.”

Today we have blockchain that could bring Laozi’s ideal system of government to life.

The ideal ruler – and a person – embodies the ethical and political doctrine of Wuwei, which is roughly translated into effortless action, inaction, or effort. It is a teaching, without thinking, to free oneself from desires so that true nature can show itself.

Effortless action is the essential power of the universe, the path or Dao. The world does not strive with excessive force, it just goes on. Likewise, every thing has its own way of being, its nature, its purpose, which it can fulfill through Wuwei.

The ruler who stops striving and sits still can “clean up muddy water”. When society is confused and filthy and people are not following their natural path, the government can clear things up by doing nothing. When the government has its own deluded ends, individual subjects cannot find their own way to thrive as human beings.

Centralized authorities like governments can create confusion by imposing unnatural goals or expectations on people on a large scale.

Not everyone should run three startups, make gluten-free pasta from scratch every Thursday and hike a mountain every other Saturday and tweet funny comments and analyzes every few hours. People often set these extreme goals because that is what our society adores. And when we strive to achieve them, we lose our ability to do what is naturally in our nature.

Wuwei, an ethical and political doctrine, is about getting rid of this restless pace of life and the relentless desire to focus on the natural. Maybe that means fewer startups and more gluten-free pasta.

The Daoist justification for minimal government is very similar to that used by the anarchists of the 20th century. Both schools of thought oppose intellectual and spiritual coercion.

Anarchists often base their arguments against the government on the value of freedom. States and hierarchies are undesirable because they ultimately stand in the way of individual freedom. For Bakunin, free markets restricted peasants, while socialism without freedom meant “slavery and brutality”.

Crypto anarchists and cypherpunks, the intellectual heirs of the anarchists, have long relied on cryptography and decentralized technologies to achieve their goals. In his “Cryptoanarchist Manifesto” Timothy May wrote about the use of technology to cut “barbed wire”.

This attitude towards the emancipatory potential of technology is gaining new momentum with the blockchain. Crypto promises a future in which governments lose their coercive power due to a) cryptographically enabled privacy and b) decentralized tools that have made states superfluous. In this future the world is politically and ethically fine because individuals are free from oppressive hierarchies.

In Daoist thinking, decentralization takes on a new meaning.

Ruling a large country is like frying a small fish. You spoil it with too much poking around.

What better way to bring Laozi’s dream to life than blockchain? This technology enables free individuals to come together and organize themselves according to a set of rules without a centralized authority leading them down the wrong, unnatural path.

But for the Daoists, decentralization is a metaphysical imperative. Its normative value is not simply emancipation. It is the best organizational tool to stay true to the path and get wuwei on your bike once and for all.

In my humble opinion, turning away from the ethical imperatives of freedom and equality provides an invaluable foundation. It reminds us that decentralization has a fundamental purpose. It is designed to enable the individual to find out what is best for them and to keep track of it. It is a valuable organizational tool that we cannot take for granted just because it is ethically sound.

It is important to note that Wuwei and Daoism later turned into justifications for autocracy. Under the legalistic pressures of Chinese thought, and particularly in the writings of Hanfei, Wuwei was the doctrine of an absolute ruler without emotion. The inner silence that Laozi advocated was interpreted as an unrelenting strength.

Much like other political theories aimed at dismantling repressive authority (you know who you are), Daoism was eventually used to justify just that. It is important that we don’t get our thinking around blockchain and decentralization on the same point.

BC Vault to Broaden its {Hardware} Wallets’ Performance with Instantaneous Crypto

Bitcoin: How Wyoming turn into the unlikely cryptocurrency capital of America

Alice - April 30, 2021
0
The Ethiopian Minister of Education confirmed that the government is working with IOHK, the company behind the Cardano Protocol, on a blockchain-based system to...